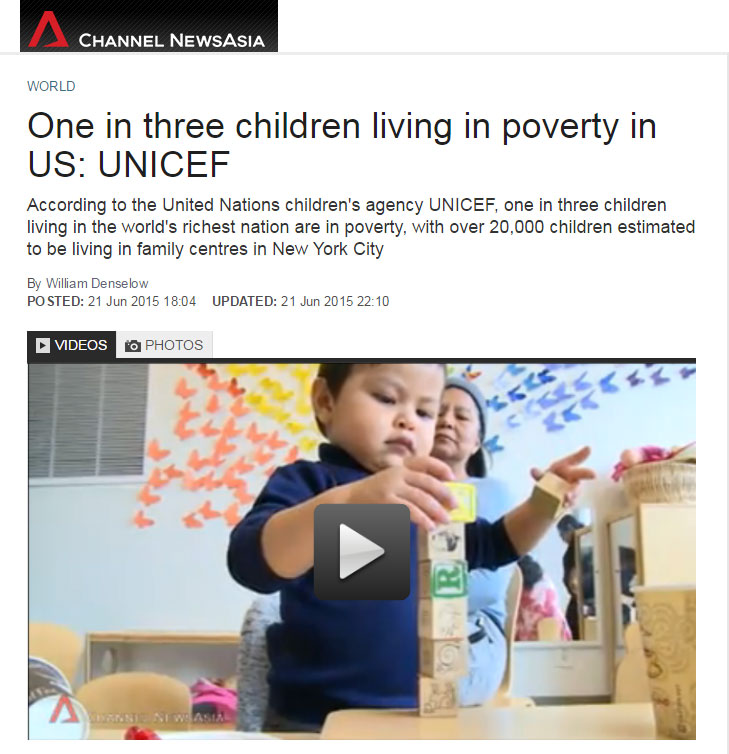 One in three children living in poverty in US: UNICEF

According to the United Nations children’s agency UNICEF, one in three children living in the world’s richest nation are in poverty, with over 20,000 children estimated to be living in family centres in New York City

NEW YORK: When it comes to child poverty in the United States, the statistics are troubling.

According to the United Nations children’s agency UNICEF, one in three children living in the world’s richest nation are in poverty.

In New York City, it is estimated that over 20,000 children live in family shelters – an increase of over 250 per cent from 20 years ago. Child advocacy groups say this trend must stop to give this generation a fighting chance to escape a cycle of poverty.

For children growing up in poverty the odds are stacked against them. Living in shelters or shared apartments – experts say those conditions stunt development making it hard to recover in later life.

“From a very early age they’re struggling to relate to other children and to have positive relationships with other adults in their lives and down the road, 10-15 years down the road, that same struggle is going to be even more pronounced,” said Heather Mitchell, home visiting director at LSA Family Health Service.

But some kids are lucky. Thanks to groups like Little Sisters in New York’s East Harlem, children and parents alike are given the resources to try and overcome some of these developmental barriers.