Since the launch of IDNYC, LSA has assisted over 140 East Harlem residents to complete their applications and register for the card.

Norma, a parent at LSA, shared the different ways that the card has been useful to her.  “Es una tarjeta oficial y reconocida,” Norma said – it’s an official and recognized card that can be used at schools, stores, banks, and cultural institutions.  For others like Norma, a new enrollment center in El Barrio will mean greater access to city resources.

“The opening of the East Harlem office is pivotal to helping so many of the families served by LSA Family Health Service access much needed City services,” said LSA Executive Director Traci Lester.   “We can’t thank The City Council, and in particular Speaker Mark-Viverito, enough for making this a reality.  IDNYC is an affirmation to the thousands of individuals who struggle to navigate New York City services and institutions without adequate ID.”

LSA has long recognized the need for IDs in the East Harlem community.  In 2012, LSA launched its own ID for clients, which could be used to open bank accounts, get into institutions like hospitals and schools, and as identification with the NYPD.  When the creation of ID NYC was announced, LSA’s clients and staff immediately became involved in the planning process, participating in meetings and forums to help inform the development of the ID.

“We were so happy when the municipal ID came out,” said Lucia Russett, LSA’s Director of Advocacy and Food Pantry.  “In addition to the concrete benefits, it gives a sense of pride as a New Yorker to people who may have felt excluded from that because of their status.”

The new center is located at 162 ½ East 104th Street, between Lexington and 3rd Avenues.  To make an appointment, visit nyc.gov. 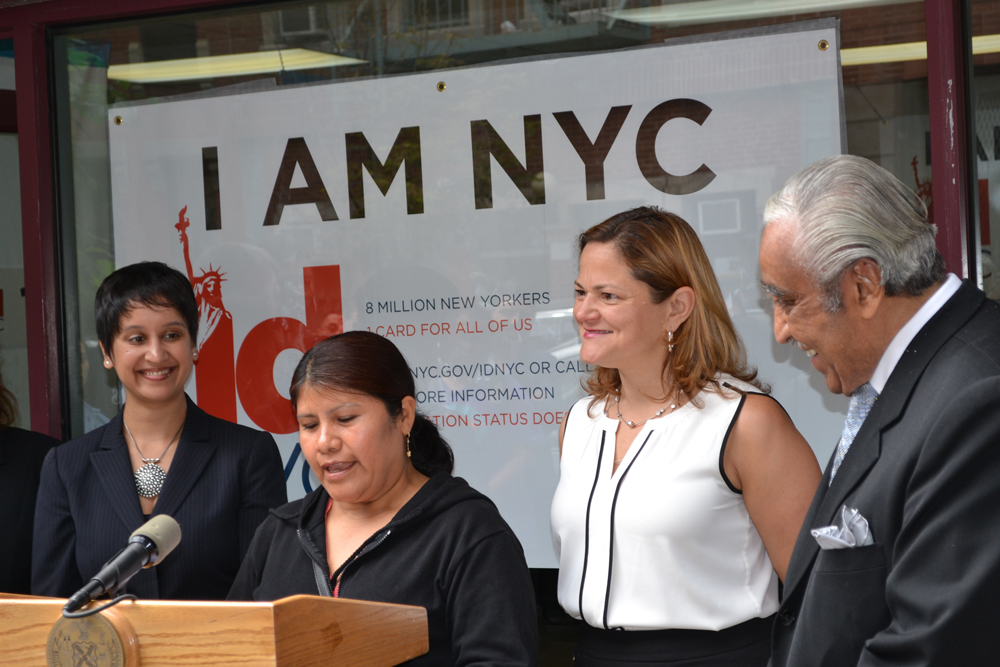